Changing Boston Child Custody Due To Drug Use 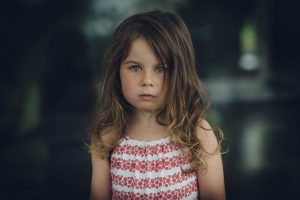 This is the next post in our series on the handling of Boston, Massachusetts child custody cases in which a parent is engaging in drug use. Our last article provided an overview of topics which this series will be addressing and it stressed the need to speak with an attorney as soon as possible if you believe your child is in danger. It is important that you speak with counsel, as opposed to engaging in “self help,” to ensure that your case is handled properly. In this article we will be addressing another important topic – beginning a change of custody on the basis of drug use. If you or a loved one are in need of assistance then contact our office today to speak with a lawyer.

The first step in changing child custody is to file a Motion with the Court. This is a formal document in which one makes the request for a change, states the facts supporting the request, and provides supporting evidence (such as police reports). The Motion will be filed with the Court and a hearing date will be set. In cases where the child may be in danger, such as matters which involve drug use, the Court may hold an expedited hearing. The Motion will be served on the opposing parent and they will have an opportunity to file a response. The hearing will not be a trial; witnesses will not testify. Instead, the attorneys for each side will make an argument to the Court and the Judge will decide the course of action that he or she takes. Boston parents must understand that the Court’s sole concern in such matters will be for the best interests of the child.

If the accused parent passes their drug test, and has not been arrested, then the Motion will likely be denied and the matter will typically end. If the test results are positive then the Court will often hold an immediate return hearing. At that point the Court will have several options. The Judge may outright grant the Motion. He or she may choose not to change custody at the current time while setting a trial date to see if a change should be made. The Court may also make a temporary change of custody and set a trial date to determine a more permanent situation. For matters involving a positive drug test, this final scenario is the most common. After a trial date has set, the process of litigating the matter will begin.

These types of matters can involve complicated issues of fact and law. It is strongly suggested that you retain an experienced Boston child custody lawyer to assist you. Our attorneys are experienced in handling such matters and they pride themselves on providing quality service. Contact us today. We also assist Massachusetts residents in the Middlesex County cities of Cambridge, Lowell, Somerville, and Newton, as well as those in the cities of Worcester, Brockton, Quincy, and Lynn.