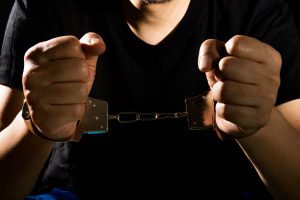 This is the next post in our series on the handling of domestic violence charges in Boston, Massachusetts. Our last article provided an overview of topics which this series will be addressing. It also stressed the need to contact a criminal defense lawyer immediately if you or a loved one have been arrested. It is crucial that you contact counsel sooner, rather than later, so that your representative may immediately begin building a defense on your behalf. In this article we will discuss a topic which, unfortunately, arises too often – the need to defend against false accusations. If you are in need of assistance then contact our office today to speak with a lawyer.

It is, sadly, somewhat common for false domestic violence claims to arise between Boston parties who are involved in divorce or child custody proceedings. Under Massachusetts law, if a parent is found to have committed acts of violence against their counterpart, then the accused parent would be less likely to be awarded joint custody of the parties’ child. As a result of this, some parents sometimes fabricate allegations in order to gain an advantage in family law matters. Unfortunately, the accused parent sometimes makes the mistake of thinking that such allegations are “ridiculous” and that they will simply explain the situation to a judge. These parents are then surprised to learn of the seriousness with which courts take such allegations. We cannot stress enough that, if you or a loved one have been arrested due to false claims, you need to take immediate action to protect your interests.

There are several steps which an attorney can take to show that the claims are false. These steps can include gathering evidence of behavior, by the alleged victim, which is inconsistent with their claims. Such evidence can include proving that the complaining party made statements, whether verbally or in writing, that are inconsistent with the accusations. Also, if the victim waited a substantial amount of time, between when they claimed the incident occurred, and the filing of a police report, then the Court may doubt their claims. These are just some examples of facts which a lawyer can raise to the Court.

If you have been arrested for domestic violence then it is crucial that you speak with a lawyer immediately. Counsel can take immediate steps to begin the building of a defense. These steps may include visiting the scene of the incident (if possible), interviewing witnesses, obtaining evidence of communication between the parties (such as phone records), and more. The sooner you contact counsel, then the more likely your case is to be handled correctly.

If you have been arrested then contact our office today to speak with a Boston criminal defense attorney. Our firm understands that you are facing a serious situation and we will give your case the attention it deserves. We are ready to assist you. We also assist Massachusetts residents in the Middlesex County cities of Cambridge, Lowell, Somerville, and Newton, as well as those in the cities of Worcester, Brockton, Quincy, and Lynn.