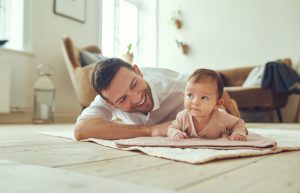 This is the next post in our series on the handling of child custody cases which involve unmarried Boston parents. Our last article discussed the rights of unmarried Massachusetts fathers and why it is important for such dads to obtain a custody order as soon as possible. Obtaining an order helps to protect one’s interests in the event of a disagreement. Not having an order, by contrast, can lead to issues down the road even if the parents are currently on good terms. By speaking with an attorney sooner, rather than later, you help to prevent future issues. In this article we will discuss what unwed parents should expect when litigating a custody case. If you or a loved one are in need of assistance then contact our office today to speak with a lawyer.

The first step in the process will be for one parent to file a Complaint for Child Custody with the Family Court. This is a formal document in which the first parent states what they feel the final custody arrangement should be. The opposing parent will file an Answer. Typically, one of the Parties will file a Motion for Temporary Relief shortly after the Answer is filed. A hearing will be held, soon after, regarding the Motion. The purpose of this hearing is to put a temporary arrangement in place regarding custody, child support, visitation, etc. This temporary arrangement will give the parents a set structure to follow while the case proceeds through the system. If a settlement is not reached then the Court will set a trial date.

The attorneys for each side will begin conducting discovery (the process by which information is gained from the other side in a lawsuit) shortly after the initial hearing. It will be important for each side to use this process in order to gain information which relates to their counterpart’s fitness to parent. Say, for example, that one parent is alleged to be an alcoholic. The other parent may wish to obtain their bank and credit card statements. These documents can be used to show withdrawals at bars, liquor stores, etc. After the discovery process has been completed then the case will proceed to trial.

Trial will begin with each side’s attorney making an opening statement. The Plaintiff (the party who filed the Complaint) will present their evidence first. The defense will then present their witnesses and evidence. The Plaintiff will then present “rebuttal” evidence. Rebuttal is not a time to raise new issues; the Plaintiff may only use this part of the case to directly respond to claims made by the defense. Closing arguments will be made after all of the evidence has been presented and the Judge will issue a decision. There are no juries in Family Court. A custody order will then be issued and each side will be required to abide by it.

It cannot be stressed enough that litigating such matters is a complicated process. The rules of procedure and evidence will be closely adhered to by the Judge. If your attorney is not familiar with these rules then you run the risk of not presenting all of your information to the Court. This is why it is important to retain experienced counsel.

Our Boston child custody lawyers pride themselves in providing the highest levels of service and we are experienced in assisting unmarried parents. Contact our office today to schedule an initial consultation. We also assist Massachusetts residents in the Middlesex County cities of Cambridge, Lowell, Somerville, and Newton, as well as those in the cities of Worcester, Brockton, Quincy, and Lynn.