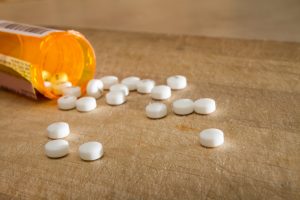 This is the next post in our series on the handling of Boston, Massachusetts child custody cases in which one parent is using drugs. Our last article discussed what to expect from a custody trial when drug use is alleged. Should the matter proceed to trial, then it is important that you have a family law lawyer who is versed in the rules of procedure and evidence. If these rules are not followed, then the Court may decline to hear facts which are highly important to your case. In this article we will address a topic which is often of concern to parents – how to proceed when their counterpart is using marijuana or prescription medications. If you are in need of assistance then contact our office today to speak with a lawyer.

Our state was one of several which legalized the use of recreational marijuana in 2016. This legalization may leave many parents with the impression that using cannabis will not impact their custody case. Such an impression is mistaken. The Court can, and often will, restrict a parent’s time with the child if it is shown that the parent is often impaired to the point of not being able to adequately care for their son or daughter. An example of this would arise when a mother or father is regularly drunk at a time when they are supposed to be caring for their child. For obvious reasons, a regularly drunk parent cannot be expected to provide adequate oversight to a youth. Similarly, one who is regularly high on weed, in the presence of a child, cannot be expected to adequately deal with emergencies, to provide oversight, or to meet a young one’s basic needs. For these reasons, if a parent is regularly high in the presence of the child then the Court is likely to restrict their visitation.

Courts will expect Boston parents to use marijuana responsibly. As with alcohol, cannabis should not be easily accessible to children. Moreover, a parent should refrain from use while they are caring for their child as well as in the time leading up to when they will be caring for their child. The Court will allow one to legally live their life as they see fit. If one chooses to use marijuana, however, then they must do so responsibly.

The abuse of prescription drugs can also form a basis to change child custody. Many people believe that they can take antidepressants, painkillers, or other controlled substances however they wish, as long as they were prescribed by a doctor. The truth of the matter, however, is that abusing one’s prescription will likely leave the Court concerned with issues of addiction and the parent’s ability to care for their child. If it is shown that a parent is abusing pills or, worse, engaging in drug seeking behavior, then Courts are likely to supervise that parent’s time with the child until it can be shown that their addiction issues are under control.

If you believe that the other parent of your son or daughter is abusing prescription pills or marijuana, then contact our office today to speak with a Boston child custody lawyer. We have handled many modifications which were based on drug use and our attorneys understand the gravity of your situation. We will give your case the attention it deserves. We also assist Massachusetts residents in the Middlesex County cities of Cambridge, Lowell, Somerville, and Newton, as well as those in the cities of Worcester, Brockton, Quincy, and Lynn.