The Process Of Requesting Supervised Child Visitation In Boston, Massachusetts 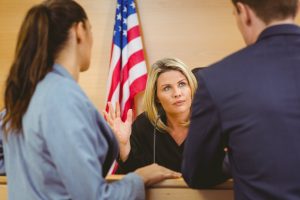 This is the next post in our discussion on the topic of supervised visitation in Boston, Massachusetts child custody cases. Our last article discussed what parents can expect during a supervised visit. It is vital that parents focus on the best interests of their son or daughter, and that they not demean the other during visitation. If you are concerned that your ex is violating an order of supervision then it is important to contact a family law attorney immediately. In this article we will discuss the process of requesting that visitation be supervised. Contact our office today to speak with a lawyer.

The first step in requesting any change to your current custody arrangement is to file a Motion with the Court. This is a formal document in which one will state the reason for which a change is being requested, the legal argument for making a change, and what is being requested in terms of a visitation schedule. Cases in which a parent is requesting that visitation be supervised typically include accusations of abuse, neglect, drug abuse, or some other extreme circumstance. Given the extreme nature of such accusations, it is common to request that the Court hear the matter on an expedited basis. This means that the Judge may hold an initial hearing as quickly as within a few days of the time at which the Motion is filed. The opposing parent will be served with the Motion and notified of the hearing date.

The initial hearing for the Motion is not a trial and, typically, there will be no testimony. Instead, the attorneys for each side will argue back and forth. There are typically three possible outcomes to the initial hearing. First, the Judge may outright deny the Motion. This would result in the current order being left in place. Second, the Judge may grant the Motion and require supervised visitation, on a temporary basis, pending a subsequent hearing (such as a status check to review drug test results) in the matter. If that subsequent hearing shows reason to continue with a supervised arrangement then the Court will set the date for a trial at which a more permanent decision will be made. Third, the Judge may order that visitation be supervised until a trial date, with a more permanent decision being made at that time. Whether the Court follows the second or third of these scenarios will depend on the nature of the allegations.

A process known as “discovery” will begin after the initial hearing. This is the process by which each side gains information which they will use at trial. At the trial each side will present their witnesses and evidence. The Judge will then issue a ruling as to whether visitation should be supervised going forward, the terms of any supervision, and the requirements a parent must meet to win back unsupervised visitation. It cannot be stressed enough that litigating such matters can involve complicated issues. It is important to retain an experienced family law attorney to assist you.

Our Boston child custody lawyers have extensive experience in handling such matters. We recognize that nothing is more important than one’s child and we will make your case a priority. Contact us today to schedule an initial consultation. We also assist Massachusetts residents in the Middlesex County cities of Cambridge, Lowell, Somerville, and Newton, as well as those in the cities of Salem, Dedham, Worcester, Brockton, Quincy, and Lynn.